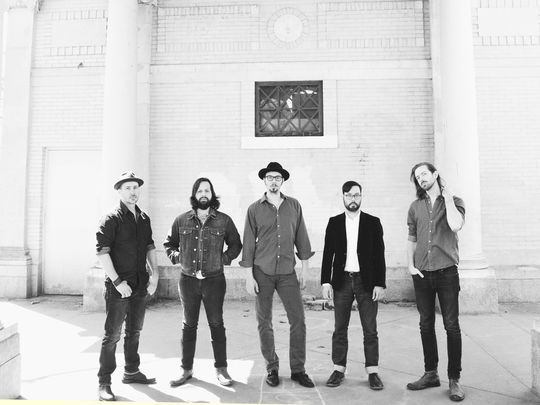 The Bob Dylan song “Ballad of Hollis Brown” paints a bleak picture of a farmer facing hard times, who is so consumed with despair that he fatally shoots himself, his wife and his five children with a shotgun.

So, I had to ask lead vocalist and guitarist Mike Montali how he and his bandmates settled on the name of their musical ensemble — Hollis Brown.

“It leaves you with that circle of life, hopeful thing,” said Montali, 31, who lives in Queens.

Like the song, “Ballad of Hollis Brown,” the band, Hollis Brown, has an unforgiving edge, an unapologetic honesty and generates through their songs a raw perspective on life.

The Queens-based band mixes a measured, Lou Reed-like approach to music with a sense of abandon that would make Pete Townshend jealous.


Hollis Brown will be in the Hudson Valley for a performance at the Rockland-Bergen Music Festival, June 23-25 at German Masonic Park in Tappan.

The band will play on Saturday.

“We’re a rock band,” Montali said. “And we’re not hiding behind effects and stuff. What you see is what you get. There are no tricks. That’s the spirit we want to give — great songs can still cut through.”

Asked about the band’s chemistry, Montali said, “I wish I knew.”

He continued, “The band dynamic works because there is a flair in our personalities. We’re different.”

“I just hope people come out and hear a sound that they’re familiar with, but in a new unique way,” he said. “We want people to have fun and leave saying, ‘Wow.’”

Hollis Brown is set to perform June 24 at the Rockland-Bergen Music Festival.

Christine Ohlman will perform at the Rockland-Bergen Music Festival.