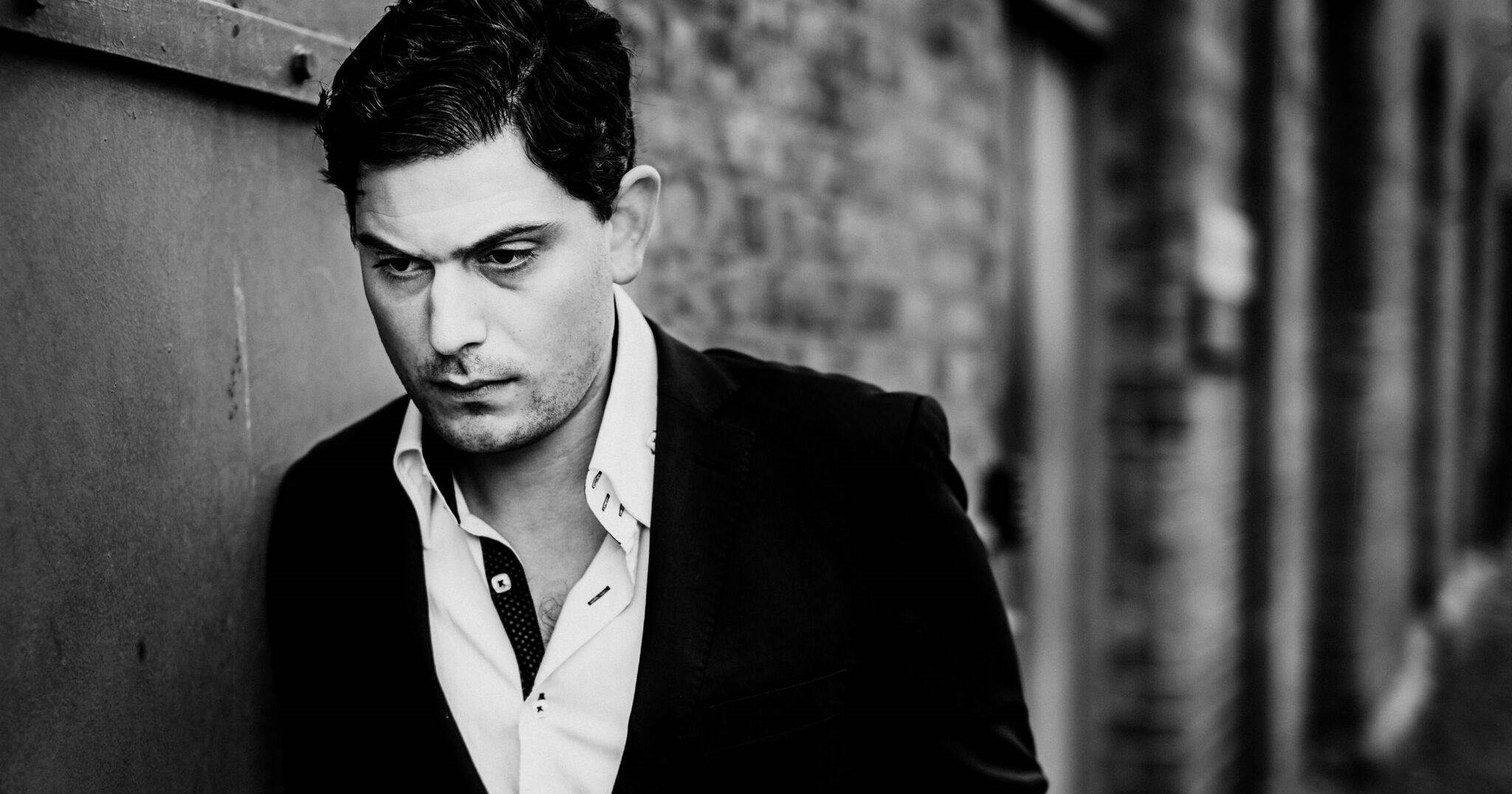 IN AND OUT OF TROUBLE: REVIEWING ‘DRESSED FOR THE OCCASION’ BY LUKE ELLIOT

“This next one’s a cover,” deadpans a wild-haired Luke Elliot, “You might remember it from grammar school…or something.” It was 2007 and the song was “Frog Went-A Courtin,” a 16th century folk song that most people probably recall from the ‘Tom and Jerry’ cartoon. I was sitting in an audience with perhaps four or five others at a dingy bar called Hillbilly Hall in Hopewell, NJ. After the set, as Elliot broke down his equipment, you could hear him faintly utter “What the fuck am I even doing?” under a still-hot microphone.

Long is the road and winding from Hopewell, NJ to international acclaim, and that’s exactly the road Elliot took to get there. Early success was fleeting: a brief label association with Josh Tillman (a decade before he exited the chrysalis as Father John Misty), scoring an independent film that never made it out of Philadelphia, a few fleeting moments at some halfway-decent shows. But no matter what Elliot kept doing, he flailed, then failed, then went back to the drawing board. But when a serendipitous encounter with a Norwegian journalist led to a positive write-up and noticeably increased sales for 2014’s criminally-underrated Provisions EP, Elliot – sensing an opening – quit his own band, sold his car, and decamped for Oslo. It proved to be the right move as he seeks to follow in the footsteps of Jimi Hendrix, The Ramones, and The Strokes – prominent American artists who found success abroad long before being accepted here at home. Dressed for the Occasionis his pitch.

“Get Them While They’re Hot” opens the proceedings with the urgent pluck-and-slide of viola and cello. Like Clint Mansell’s iconic work with The Kronos Quartet, a cinematic tone is established and it is that immediacy that will continue to tie the rest of the record together. Leadoff single “Trouble” comes next, delivering in spades with a spaghetti western acoustic strum, a shuffling minor key groove and downtuned guitar solo. It’s through the story of a widowed husband that Elliot channels his own frustrations, admitting “I went searching for answers / But there is darkness and no glow.” Those frustrations come to a head in the next song, “Blue and Green” when he says, “My dreams are best / when I can think of something sweet,” before singing about the shackles of sorrow and forgiveness over a gospel swell, a mariachi-style mandolin (!) solo, and the promise that “My love will stay above the ground.” Given Elliot’s anxious reading of the tune, one may question whether he’s singing to someone or reassuring himself.

The middle third of Dressed for the Occasion holds a trove of the record’s most diverse material. The title track chugs along, driven by an ambient guitar that could very well have been played by the ghost of Chris Whitley. “This Gun of Mine” proves to be Elliot’s best pop song, sporting a lilting vocal and a simple three-chord build. It crescendos into a Stonesy guitar solo and a coda that sounds like someone went and sobered-up the backing singers from “Gimme Shelter.”

As I listen to “Let It Rain on Me,” I think a great deal about what Elliot has been up to the past few years. With the exception of the final chorus, the song features the man alone at a piano. I wonder if the things that countless artists and bands from our humble scene fantasize hard for – validated measures of success – end in loneliness? Do relationships last more than a few fleeting moments? Are friendships and family able to be sustained without the constant pull of this show or that interview or the other obligation? The song’s most revealing couplet is “I’m singing jingles; never rhymes / The worst things said now are in pantomimes.” Put this suit on, cut your hair, and smile for the camera, kid. All roads lead to one person singing to themselves and all the heartbreak that comes with making such a sacrifice. But damn if it doesn’t sound great!

After conjuring the gypsy spirit of Desire for “The Great Rondout Train Robbery,” and Elvis Costello on “Handsome Man,” Elliot begins to wind his album down. The piano line of “People Like You” hangs just above your head, like a swaying southern willow. Elliot’s aged-beyond-his-years voice sets both the scene and tone, talking of stars, expensive cars, and “tallies and votes.” The kid all gussied up for the camera is ready for his close up, it seems. But beware the naked man as Randy Newman once said. And as the chorus swells in, once again the listener is left wondering whether Elliot is singing to an audience or the mirror. “And I know people like you / They’re always just passing through / When they were here they didn’t even care for you / People like you.”

Dressed for the Occasion is a world of back-slapping, of handlers acting as friends, of transactional relationships, and deep mistrust of those who are supposed to be taking care of you. It’s a world where phrases like “Look this way,” “Here, take this,” and “Smile,” are thrown around like aimless salutations. It’s an album that – while sometimes unsettlingly dark – is held together by the Elliot’s keen self-awareness and sense of expression. As he sings of “The desire for what could be” on closer, “A Prayer for Saint Rita,” he leaves us with the line “Everything’s still hopeful now,” echoing a most human sentiment: optimism. Whole lives are disassembled. Houses are emptied out on the lawn. But Dressed for the Occasionultimately gives us hope. And Elliot does a great job convincing us that that alone is reason enough to keep listening.

Luke Elliot makes his Asbury Park debut on October 23, 2017 at The Wonder Bar as part of their Happy Mondays series.