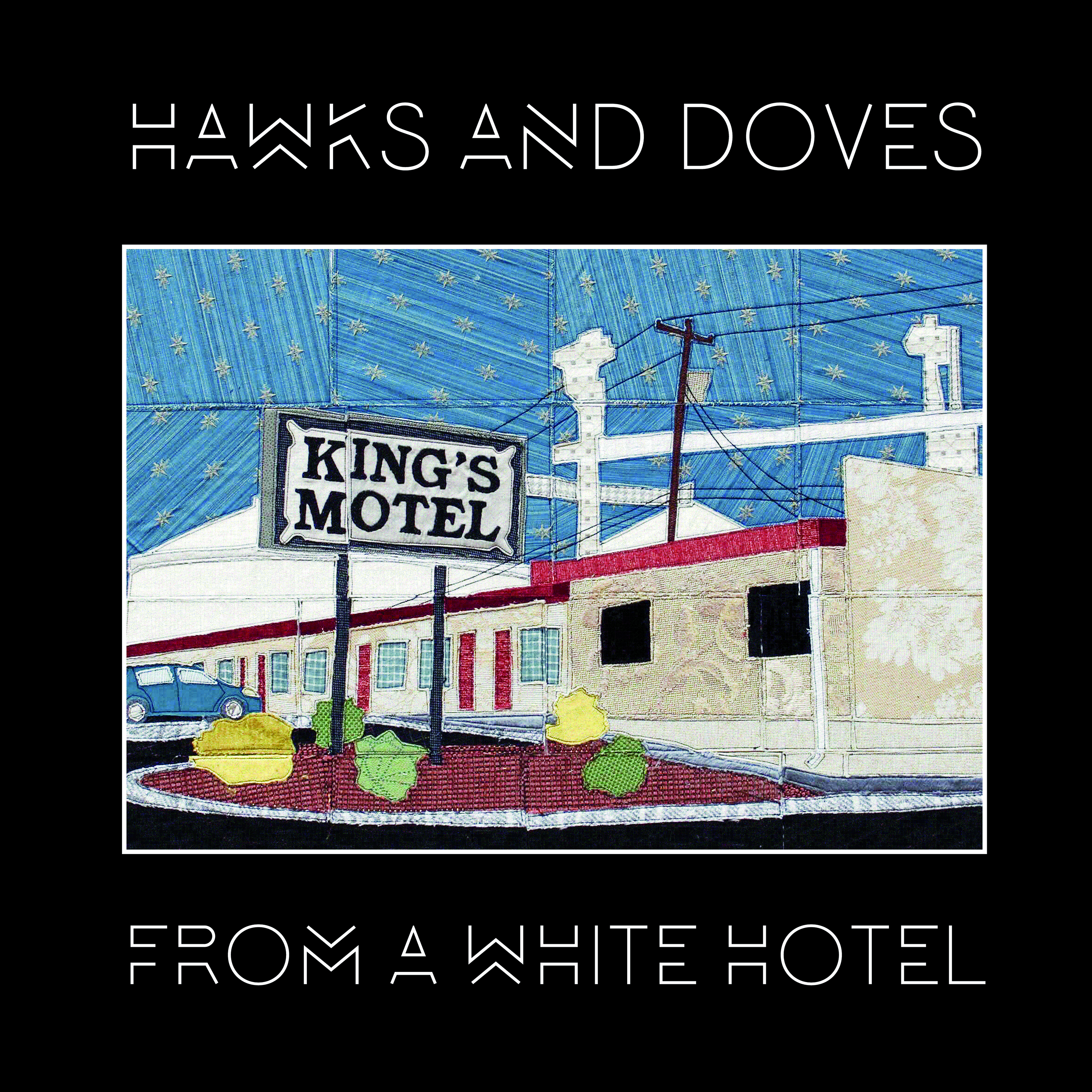 Thanks to a recent lengthy prison term for fraud, it’s difficult to prevent Kasey Anderson’s past overshadowing his present – or even his future – when writing about the Portland-based singer-songwriter.

But Anderson – an established singer-songwriter with five records under his belt as a solo artist or with his former band the Honkies – served his time since 2014, refocused and reconfigured his life. And it’s no exaggeration to say From a White Hotel is the most important and impressive record of his career.

Admittedly, there will be those directly affected by Anderson’s crimes who will be unwilling to afford him such praise, but in my opinion and judged on its own merits, From a White Hotel is one of the standout records so far of 2018.

Despite sensibly releasing his new music under a new band’s moniker (Hawks & Doves is a reference to the classic Neil Young song of the same name), Anderson doesn’t hide away from or sugar coat his experience of the penal system – most notably on “Lithium Blues” or the title track.

But From a White Hotel isn’t a ‘woe-is-me’ account of his time in prison or an explanation of the reasons why he ended up there. Rather, right from the first bars of the pulsating “Dangerous Ones”, it’s clear Anderson’s focus is on the future rather than the past.

And these songs will be unmistakably recognizable to anyone who has followed Anderson’s career with even a passing interest. Longtime fans will be glad to know Hawks & Doves pick right up where the Honkies left off, especially on the bluesy, “Get Low”, the soulful “Clothes Off My Back” or the irresistible country rock of “Chasing the Sky”.

The latter might be the high point of From a White Hotel were it not for the spectacular groove of “Every Once in a While”, the gentle piano refrain of “Geek Love” or the superb Tom Petty-Influenced “Bulletproof Heart (For Laura Jane)”. Each one somehow supersedes the last and provide compelling evidence that for all his trails and tribulations, Anderson is a truly gifted songwriter.

Anderson left prison quite content to never release another note of music again, so it’s no little triumph that From a White Hotel has seen the light of day. I’m very glad it has, and believe the deplorable actions of his recent life shouldn’t necessarily undermine the quality and beauty of this record.

Not everyone will agree, but From a White Hotel at least deserves the chance to be heard as an album that exists as a starting point on the long road to Anderson’s redemption