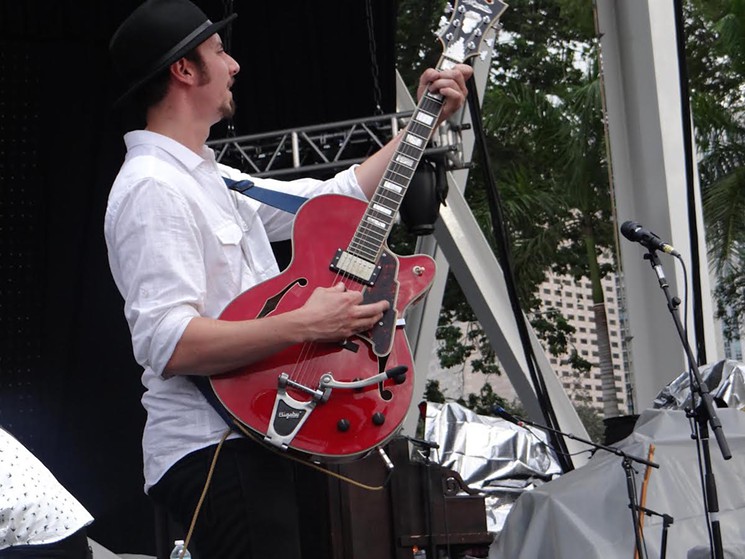 Adam Duritz and the Counting Crows love Miami so much, they not only visit South Florida with some regularity but they also wrote a song bearing the city’s name. It’s the type of wistful and sweeping pop rock the group has been known for over the course of its 20-year-plus career. Thursday night, the Crows returned to Bayfront Park Amphitheatre on the first stop of its U.S. 2015 Somewhere in Wonderland Tour.

Joining them in support were Hollis Brown and Citizen Cope. The former was brilliant while the latter was, well, not. Hollis Brown is an energetic quartet from New York with a punchy set of blues- and country-tinged songs. During the opening set, the four-piece focused on tracks from its latest album, 3 Shots, including the title track and first single and the jaunty and yearning “Sandy.” Hollis Brown’s set was short but sweet, full of thumping, good, old-fashioned rock ’n’ roll. The band was on point throughout. Even when one of lead singer Mike Montali’s strings snapped early on, they didn’t miss a beat, chugging happily along.