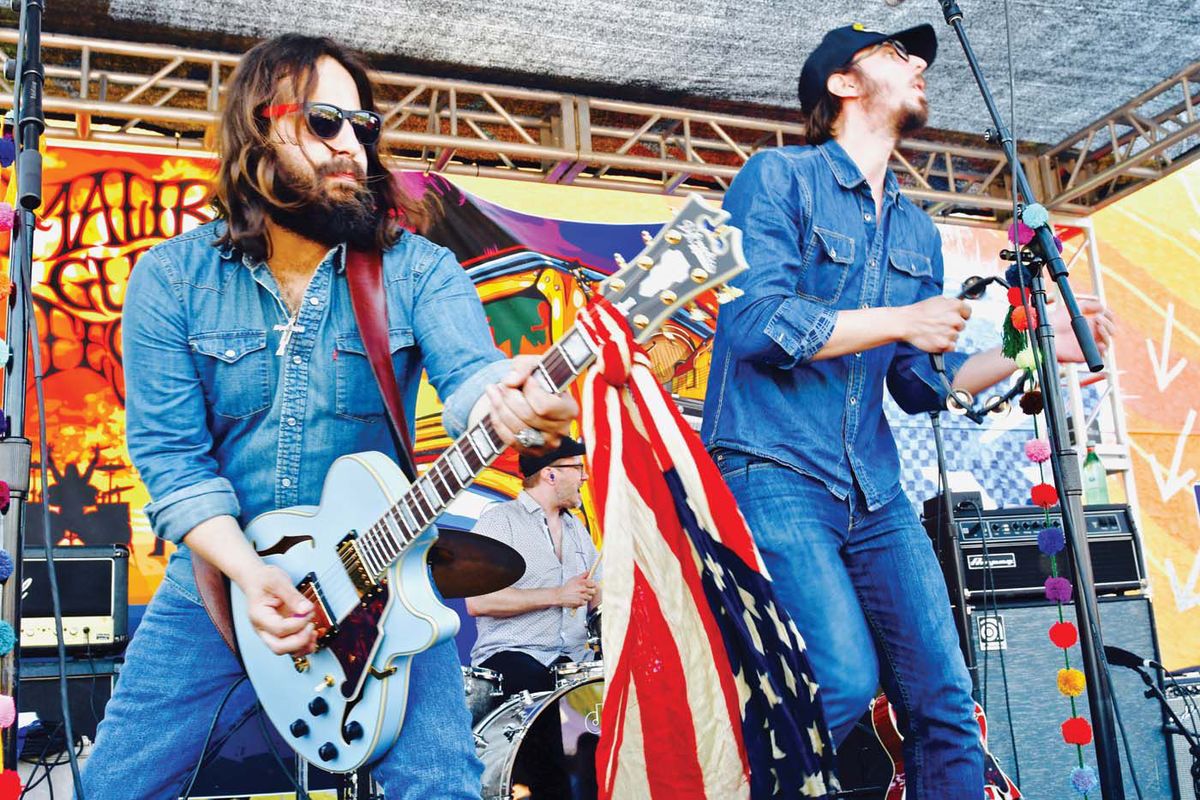 Although no one knows the exact location of the Crossroads, guitar folklore perpetuates the tale of blues guitarist Robert Johnson and a deal he made with the devil at the mystical spot: He would be empowered to play guitar like an angel in exchange for the rights to his soul. Legend also has it that around the same time, guitarists would go down to the Crossroads to a barn in the middle of nowhere, and jam ferociously all night, in a mysterious ritual known as “cutting heads.”

Last weekend marked the third annual Malibu Guitar Festival, and guitar purists, tone junkies and music aficionados’ came out in force to experience Malibu’s own version of the Crossroads, and witness a whole slew of guitarists who seemingly made the same deal.

Doug DeLuca, one of the founders of the MGF, summed up the event.

“How blessed are we? We love music and we love putting up live bands, and to be able to do that and share that joy with people, that’s the best thing in the world,” DeLuca said. “And then you raise some money for charity on top of it? It’s awesome.”

The third annual Malibu Guitar Festival provided concertgoers with an extended taste of some noteworthy musical acts. Friday’s Hot Licks Night concert featured up-and-comers, mid-tier signed acts, and all the way up the spectrum to stadium level artists such as Prince’s bassist Nik West and guitar hero Steve Vai. It was a six-hour gig mixed with rock guitar shredding, acoustic singer-songwriters, and sprinkled with country and reggae. And Sunday’s Rolling Stone brunch treated festival diehards to an extended trip down memory lane.

The lineup for Hot Licks Night included Malibu’s own Karma Dealers, The Carothers Brothers, Nik West, Lari Basilio, Hollis Brown, The Palms, The Band Steele and Dankrupt. The headliner was Zepparella featuring Steve Vai. It was notable that toward the end of Vai’s set he brought on several guitarists, most of whom were women, for an all out jam session; it’s part of an effort to put a spotlight on women who play guitar. In fact, Vai’s label recently released a compilation titled “She Rocks, Volume 1,” which showcases some of the world’s most influential female guitarists.

In addition to Hot Licks Night, the main event was Saturday, and the MGF concluded Sunday with the Rolling Stones brunch.

Later in the day, Kenneth Brian and Travis Stephens came back and performed stripped down versions of several of the songs off the record that the Kenneth Brian Band dropped during the MGF earlier in the weekend.

As far as the guitar that Brian was using, guitars usually have a story to tell, and the one he played Sunday was no different.

“Some chick stepped on it with a high heel one night and the bridge was all screwed up. So I said, ‘Well hell, I’ll put it back together.’ I put a new nut on it and got the bridge glued back and trying to patch the hole a little bit,” Brian said. “And man, it turns out it’s just the most amazing sounding guitar.”

There was also a performance by MGF music director and acclaimed drummer Steve Ferrone, and his side project The Coffee Shop Quartet.

As music director, part of Ferrone’s responsibility is to come up with a strategy to get the majority of the artists and bands coordinated and rehearsed in time for the MGF. He prefers a down home approach versus a formal rehearsal space.

“There’s this sort of familial thing that happens when people hang out in the backyard and drink coffee and talk a little bit and get to know each other,” Ferrone said. “And talk about stuff that they’ve heard each other do. It’s really a nice atmosphere amongst the musicians to do that at my house. I’d rather do that than going to a rehearsal room.”

Charities in the mix

Throughout the festival, guitars and other items were auctioned off to benefit three charities: the Emily Shane Foundation, TheraSurf, and the Karl LaDue Wodakota Foundation.

Malibu locals Sabine and Alon Steinberg acquired two guitars, one of which was painted by and played by Robby Krieger. Malibu locals Kerry Eddins Tartol and Deborah Driggs each acquired guitars that were donated by D’Angelico Guitars.

It was pedal to the metal for MGF founders Doug DeLuca, Alejandra Armas DeLuca and John Watkin, who were clearly driving the events while fingers were speeding across fretboards.

Doug DeLuca provided insight from behind the scenes.

“We pick all these different genres, so you never really know how the energy and the crowd is going to flow from one to the next to the next,” DeLuca said. “So, you come up with ideas and you do your best and you hope it works, but it really worked yesterday. I think people really dug it.”

According to DeLuca, they are already planning for the next MGF. “As far as next year... That’s already in the works” DeLuca said. “There are a lot of really good creative ideas flowing.”