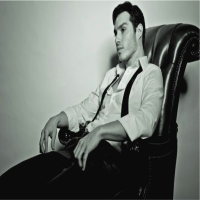 Jullian James is a young singer song writer based in New York City. With dreams of becoming a professional singer, Jullian, originally from Ft. Meyers, Florida, moved to New York City where he began working with producer Nathaniel Nicol to compose his first album, From My Integrated Soul.

An ode to artists he grew up admiring like Sam Cooke, Howling Wolf, B.B King and Etta James, the Rhythm & Blues record tells a story with every track. From My Integrated Soul includes multiple collaborations including one with the Grammy award-winning artist Mya called ‘Secret Weapon.’ Jullian, who has performed at an array of NYC venues, celebrated the release of his debut single ‘My Sweet Radio’ at Hudson Terrace in February and he recently released his second single, ‘Its About Feelin’ Good.’

Jullian is currently an active participant for the non-profit organization, Musicians on Call, an organization that brings musicians to the bedsides of hospital patients.